Our chosen charity for the rucksack promotion went to a very grateful group called SWAP (Support for Wigan Arrivals Project). We know them through visitors we have had and have benefitted from their advice.

Established in 2005 as an offshoot from an existing charity by the help of lottery funding they are somewhat pioneers in this area with a growing national reputation. They are all about helping in a practical manner both in terms of giving advice and assisting in the integration of asylum seekers within the community.  They work closely with the local council and other organisations.

They comprise 4 staff and around 120 volunteers primarily based in Wigan where, amongst other things, they provide regular courses for ESOL ( English for Speakers of Other Languages), English Conversation Classes and an Advanced Debate Group on specific days throughout the week. It includes women only classes and as might be expected deals with a variety of nationalities. It recently expanded some of its activities to the nearby town of Tyldesely.

SWAP were a natural choice for the COG backpack appeal and gave advice on what foodstuffs to provide. For those not regularly involved in a daily food budget it was surprising to learn what could be obtained for £7.00 per backpack. Wigan Ecclesia were grateful to COG for also providing the finance for the food which allowed the ecclesia to maintain its existing support for others.

20 or 40 packs of anything multiplied soon fills, in our case, two big shopping trolleys and can be a bit of a challenge at checkout but our local Aldi checkout girl trusted our declaration of quantities and shopping was complete. Backpacks had arrived beforehand without incident.

From car boot to living room and a mini production line then  on to delivery.

But how do you distribute 20 filled backpacks to 22!  Simple, you have a competition at the Christmas Party based on that well known game of ‘pin the nose on the reindeer’! Clearly a festive alternative to ‘pin the tail on the donkey’. Then again the donkey was very much part of the first Christmas! Anyway it was a success and certainly no poor losers.

A few pictures are attached from the SWAP Christmas Party and delivery. 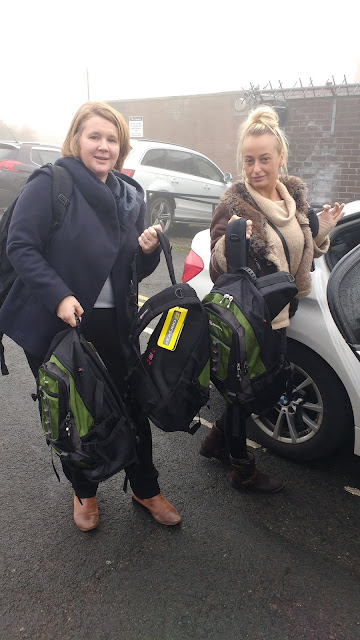 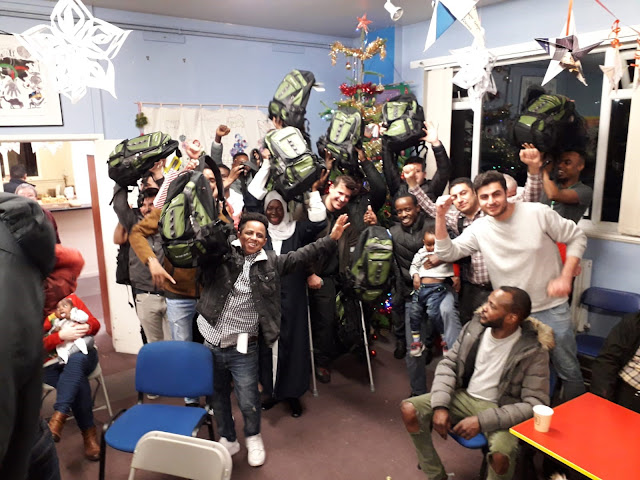 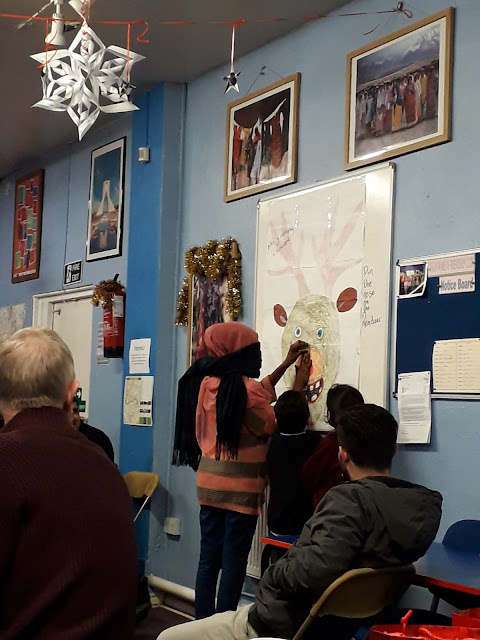 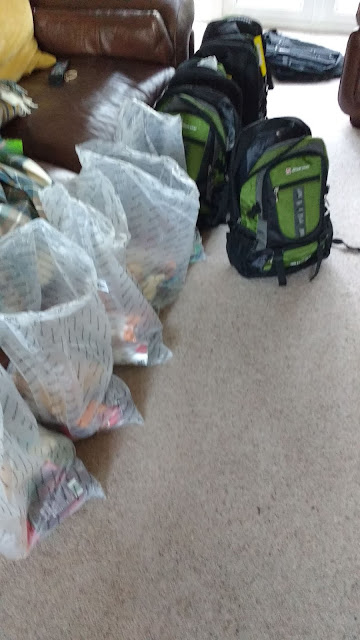